Kashmir Reader
Baramulla, September 14: Three bullet riddled bodies of young boys have been recovered from an orchard in Pattan town of this north Kashmir district.
The bodies were spotted by a farmer in an orchard in Dangerpora village of Pattan early this afternoon, village head Ghulam Ahmad told Kashmir Reader. The farmer, he said informed other residents about it.

“We instantly informed the police. They have reached the spot along with army,” Ahmad said.

Another villager, who wished not to be named, told Kashmir Reader that he heard the sound of gunshots last night from the orchard.

“But I didn’t dare to venture out,” he said.

Meanwhile, a police spokesman in a statement issued here this afternoon has said that the identity of the slain boys was being ascertained. 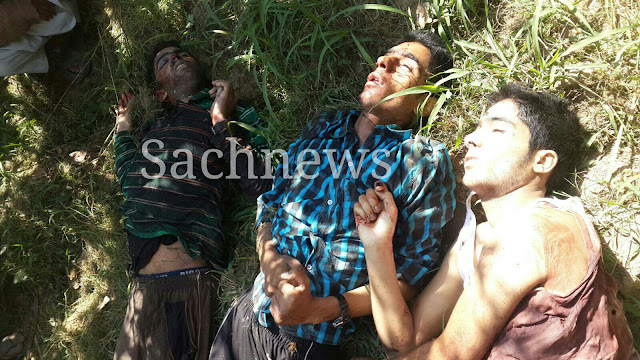