ALI FAIZ
Two SPO-turned-militants were killed in an encounter at Gadi Nallah in Doda district on Thursday morning.

According to officials based on specific inputs, an operation was launched at around 12 ‘O’ clock midnight at North West of Gaddi area of Doda district contact was established. On being challenged, the militants fired indiscriminately on own troops. In the ensuing fire fight, two militants have been killed by security forces at around morning 4.30 am, a official spokesman said.

One AK Rifle and one INSAS were recovered from the militants. The police has identified the slain militants who had ran away with weapons one and half month ago.
The militants have been identified as Gul Mohd Mingnoo of proper Doda and Riaz Ahmed of Dedni Marmat Doda. 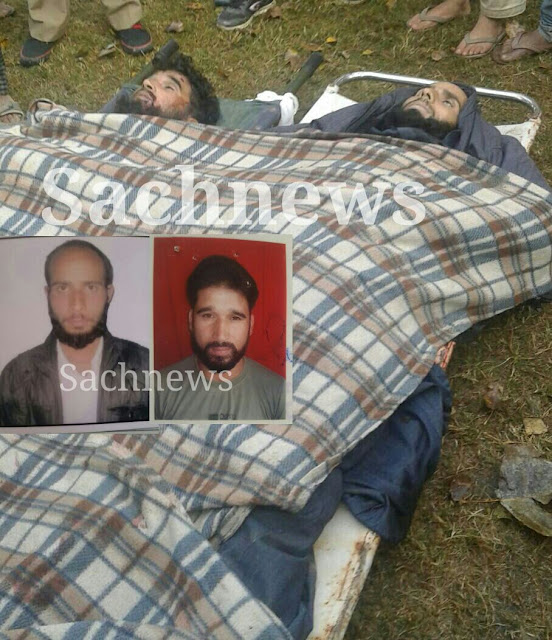