Local militant killed in Pulwama gunfight, clashes erupts near encounter site, some injured have been identified as:

PULWAMA: A local militant was killed in an ongoing encounter with government forces in south Kashmir's Pulwama district  on Tuesday, sources said.

One militant identified as Bilal Ahmad Bhat of Karimabad Pulwama was killed in a gunfight  erupted in Gudoora village Tuesday afternoon after government forces launched a search operation in Gudroo village after they receive an information about presence of miltants in the area.

Meanwhile, dozen people were injured on Tuesday after clashes
erupted near the encounter site between locals and government forces in Gudoora village of Pulwama.

All the injured were shifted to District hospital Pulwama for treatment and some have been identified as as Imtiyaz Ahmad Mir, Rayees Ahmad, Abdul Rashid Malik, Feroz Ahmad, Showkat Ahmad Pandit, Nazir Ahmad Bhat and Hilal Ahmad Ahangar.

Fayaz Ahmad said that the about ten youth were admitted to the
district hospital out of which four have been referred to Shri
Maharaja Hari Singh Hospital in Srinagar. 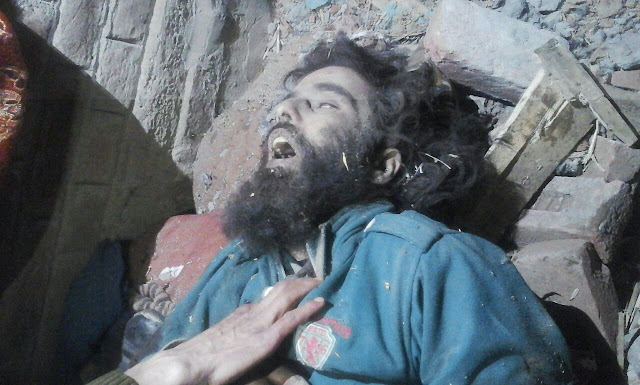