A grand farewell, organized by District Administration Kupwara, was given to outgoing Deputy Commissioner Kupwara, Sh, Rajeev  Ranjan (IAS) on 21/11/2016, A festive function  was held in meeting hall of the DCOffice  Complex . The function was attended by an  august gathering of District Officers, members of civil Society, some officials and media persons

The Officers including ADC Kupwara, ADC Handwara  SDM Sogam & SDM Tangdar and civil society members spoke high regarding the dedication of  Sh Rajeev Ranjan. It was stated that the officer has left no stone unturned in implementation of the  developmental programmes, restoration of Law & order resolution of issues  & disputes, relief & rehabilitation  measures and mitigation  of problems faced by General Public at large.

Chief Planning Officer , Kupwara Shri  Imtiyaz  Ahmad while speaking on the occasion  highlighted new initiatives taken by Sh Rajeev Ranjan during his tenure (March 2015- November 2016). He stated that Rationalization process in Education Department was an initiative of Sh Rajeev Ranjan, which was implemented in the entire state. Similarly, the Officer also gave concept of   cluster based planning in the tribal developmental plans, which was appreciated by Hon’ble Chief Minister. During the tenure of Sh Rajeev Ranjan, National Food security Act, implementation  of Adhar system and total sanitation campaign   schemes were effectively implemented in the  frontar district.

Sh Rajeev Ranjan was sent off with prayers and good wishes for the new place of posting offered to him by Hon’ble Chief Minister of the State. 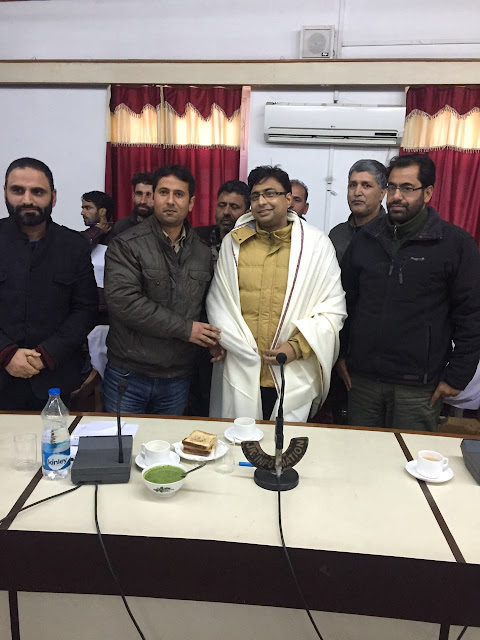