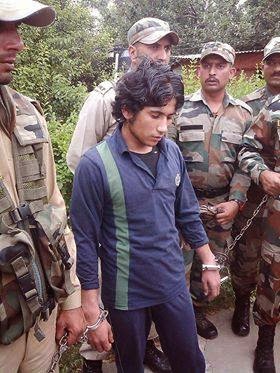 The arrested Militant has been identified as Mohammad Naveed Jat alias Chhotu, code named Abu Hanzalla, of Boriwal Sahiwal, Multan, Punjab in Pakistan from a hideout before he could escape or open fire.
He was active in South Kashmir in the last two years and was a deputy of the most wanted LeT chief in Kashmir Abu Qasim.
Abu Hanzalla, now under sustained interrogation of the police, admitted to have killed two Special Police Officers outside the District Court in Pulwama during the Lok Sabha elections. He also divulged how he fired on a police party in Shopian when five policemen and civilians sustained injuries and Abu Hanzalla with two local associates escaped.
Posted by makbool veeray
Labels: Kulgam
Newer Post Older Post